J K Rowling on Who Do You Think You Are? 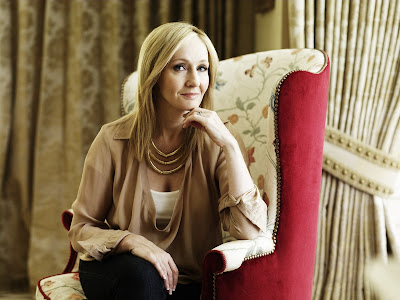 , the leading family history company, is teaming up again with TLC as a sponsor. As part of the show sponsorship, Ancestry provides exhaustive family history research on each of the featured celebrities to help make discoveries possible and build out the story of each episode.
Famed Harry Potter author and philanthropist JK Rowling is eager to trace the  French roots of her maternal side, having always been very close with her mother who’s passed away. She knows that her great-grandfather, Louis Volant, received the Legion d’honneur for his WWI efforts, but she doesn’t know why.

She embarks on a journey in France to trace her mother’s roots. She discovers that a family war story might not be what she thought when military records reveal a surprising truth. Tracing the trail even further back, Jo learns of her 2x great-grandmother, who had plenty of struggles both as a poor, single mother and a witness to German invasion during wartime, which forced her family to choose sides in a time of turmoil.

Posted by Olive Tree Genealogy at 2:30 PM No comments:

Email ThisBlogThis!Share to TwitterShare to FacebookShare to Pinterest
Labels: Ancestry.com, J K Rowling, WDYTYA, Who Do You Think You Are

Digging up Bodies of Those Buried in Bedlam Insane Asylum

The Bedlam mental health hospital was established in 1247. A burial site, called Bethlehem and the New Churchyard, was opened after graveyards around London started to overflow.
The poor from London and inmates from the asylum were buried there and recent excavations have uncovered bits and pieces of skeletal remains.

Digging up Bodies of Those Buried in Bedlam

Posted by Olive Tree Genealogy at 2:30 AM No comments: 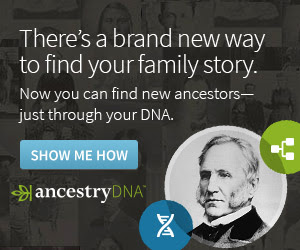 Great news! Ancestry DNA test kits are now available to Canadians. If you've been waiting for the chance to order a kit to Canada, now's the time.

The more places you test, the better so I'm eager to do this! So far, with our DNA tests we've learned many new things - not just our ethnic background but family secrets. That's right.

We learned, for example, that the family rumours were true and that my grandfather's father was not the man married to his mother. Nope, the rumour that Great-Grandma had been messing around with the hired man named Cooper turned out to be true! DNA connected my husband and his mother with first cousins through the Cooper family.

We also were able to verify our paper research showing my wife's Native American heritage, and my black ancestry.

So if you live in Canada, why not find out what secrets lie in your family tree? Take the Ancestry DNA now.
Posted by Olive Tree Genealogy at 11:00 AM No comments: 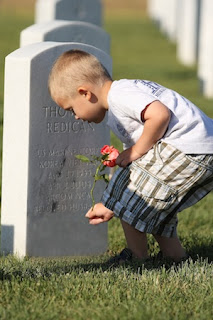 Imagine a cemetery, an abandoned cemetery, the size of a small town.

Well that is what Mount Moriah Cemetery in Pennsylvania is like. It is over 400 acres in size and in complete disarray with crumbling tombstones, weeds and thick vegetation.

Betsy Ross (of American flag fame) is buried here. I'm sure she's turning over in her grave!

Continue reading this story at http://olivetreegenealogy.blogspot.ca/2015/06/such-huge-abandoned-cemetery-in.html
Posted by Olive Tree Genealogy at 2:30 AM No comments:

Why is Great-Grandpa's Death Registration Missing? 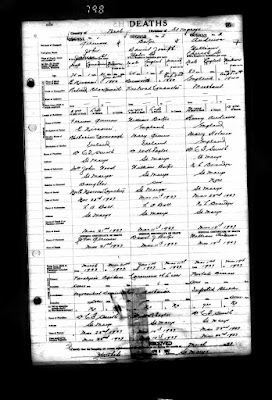 How many times have you looked for a Vital Registration of a Birth, Marriage or Death in Ontario and come up empty? Lorine of Olive Tree Genealogy tells us why this happens! Anyone searching for Ontario ancestors needs to read this.

Read more: Why You Can't Find Great-Grandpa's Death Registration
Posted by Olive Tree Genealogy at 2:00 AM No comments:

350 Year Old Body found in France with Heart of Husband

The body of Louise de Quengo, a widow who died in 1656, was found in France, She was fully dressed and buried  with the preserved heart of her dead husband