The Coffin Plate Of Florence A Moise 1877 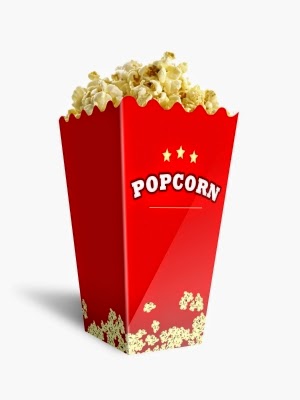 This week's prompt is Movie Time!

The first movie I remember going out to see was Star Wars. That was around 1977 and I went to the Drive-In with my sister and her boyfriend. I was only 6 years old and I fell asleep in the middle of the movie!

The first movie that I saw all the way through without falling asleep was Star Trek The Motion Picture around 1979. My sister took me to see it and since then my sister and I have gone to see every single Star Trek movie together. It's a tradition.

My parents weren't movie goers and I don't remember going with them to see any movies. I do know that the last time my parents went out to the movies was in 1973 to see Robert Redford in The Sting!

There Are One Million Buried In Mass Graves On A Forbidden New York Island.

Most New Yorkers don't even know it exists. But a million forgotten souls are buried in mass graves dug by convicts on a tiny, forbidden island east of the Bronx.
Since 1869, still-born babies, the homeless, the poor and the unclaimed have been stacked one upon the other, three coffins deep, on Hart Island. 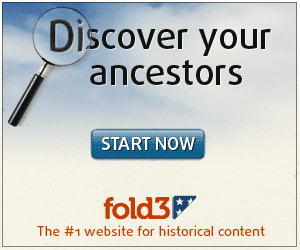 To remember the commencement of the Civil War in April 1861, FOLD 3 invites you to explore all records in its Civil War Collection for free April 14–30.

Join Fold3 in its commemoration of the Civil War. Discover information on famous participants as well as your own Civil War ancestors through documents, photos, and images that capture the experiences and vital information of those involved in America’s deadliest conflict. Then commemorate your ancestors by creating or expanding memorial pages for them on Fold3’s Honor Wall

Posted by Olive Tree Genealogy at 3:30 PM No comments:

Israeli archaeologists are announcing the discovery of a tomb, which contains bronze and ceramic artifacts, and a ceramic coffin, from the Bronze Age, some 3,300 years ago.
Inside the tomb archaeologists found a small golden scarab inscribed with the name King Seti I of Egypt who is believed to be the father of Ramesses II. Many of the other items in the grave suggest that whoever was buried in the tomb was Egyptian, however there is also some Canaanite items so it is not clear who the tomb was built for.

For More Coffin Plates Go To
Posted by Brian at 2:39 PM No comments: 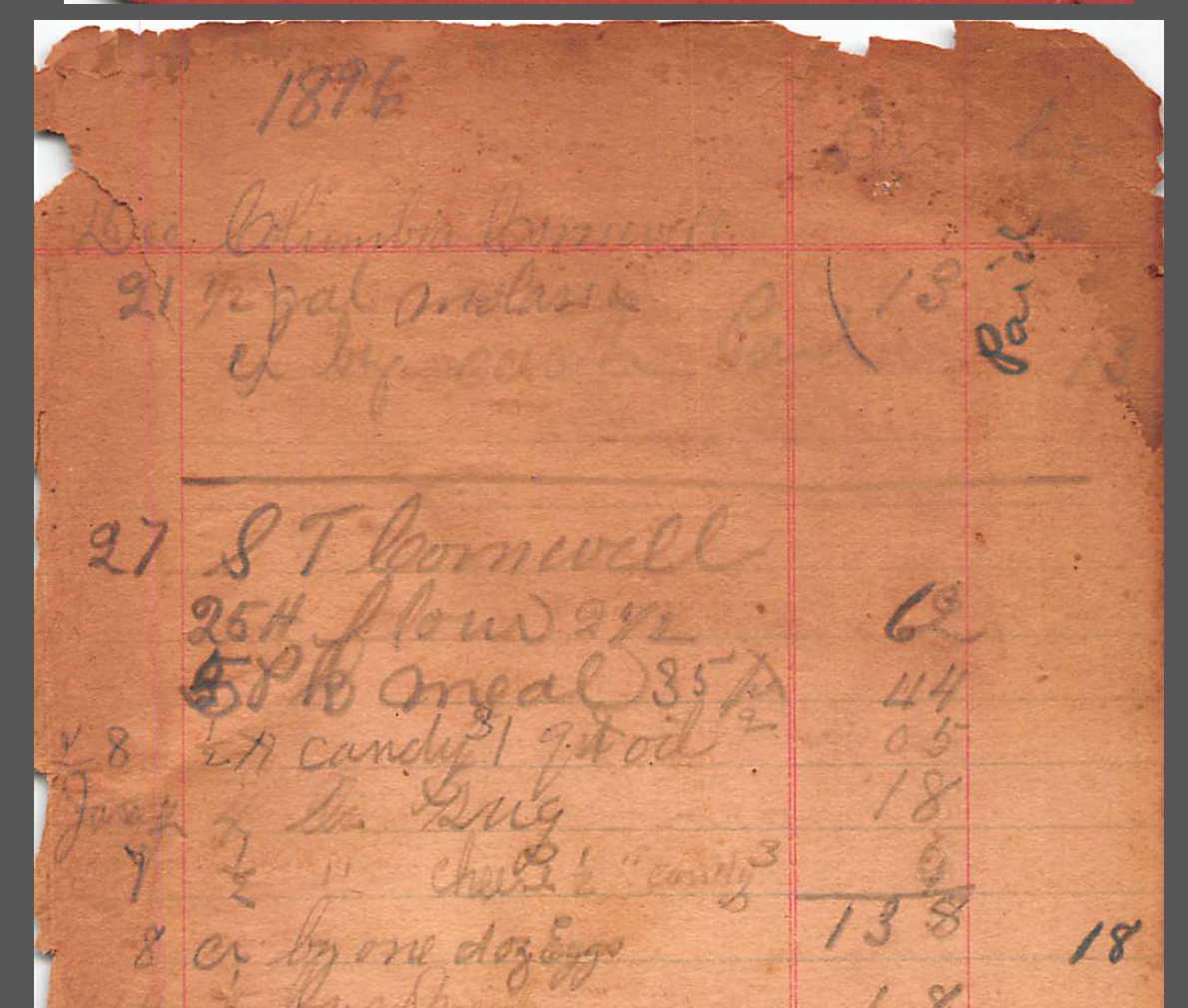 Great news. The S. R. Turley Ledger Book from Culpeper Virginia for the year 1896 is now online and available for download as a PDF file. There are 5 files total on the Ancestors At Rest website.

There are many names of customers in this one-of-a-kind ledger book. Each page has a customer name and the list of items purchased that year plus the cost. Some customers have more than one page of items. It's very interesting to see what food cost in 1896 and what an ancestor was buying!

S. T. Cornwell in the image on the left, bought eggs, candy, oil, flour, socks, shoes and more. One pair of shoes cost $1.15 that year. 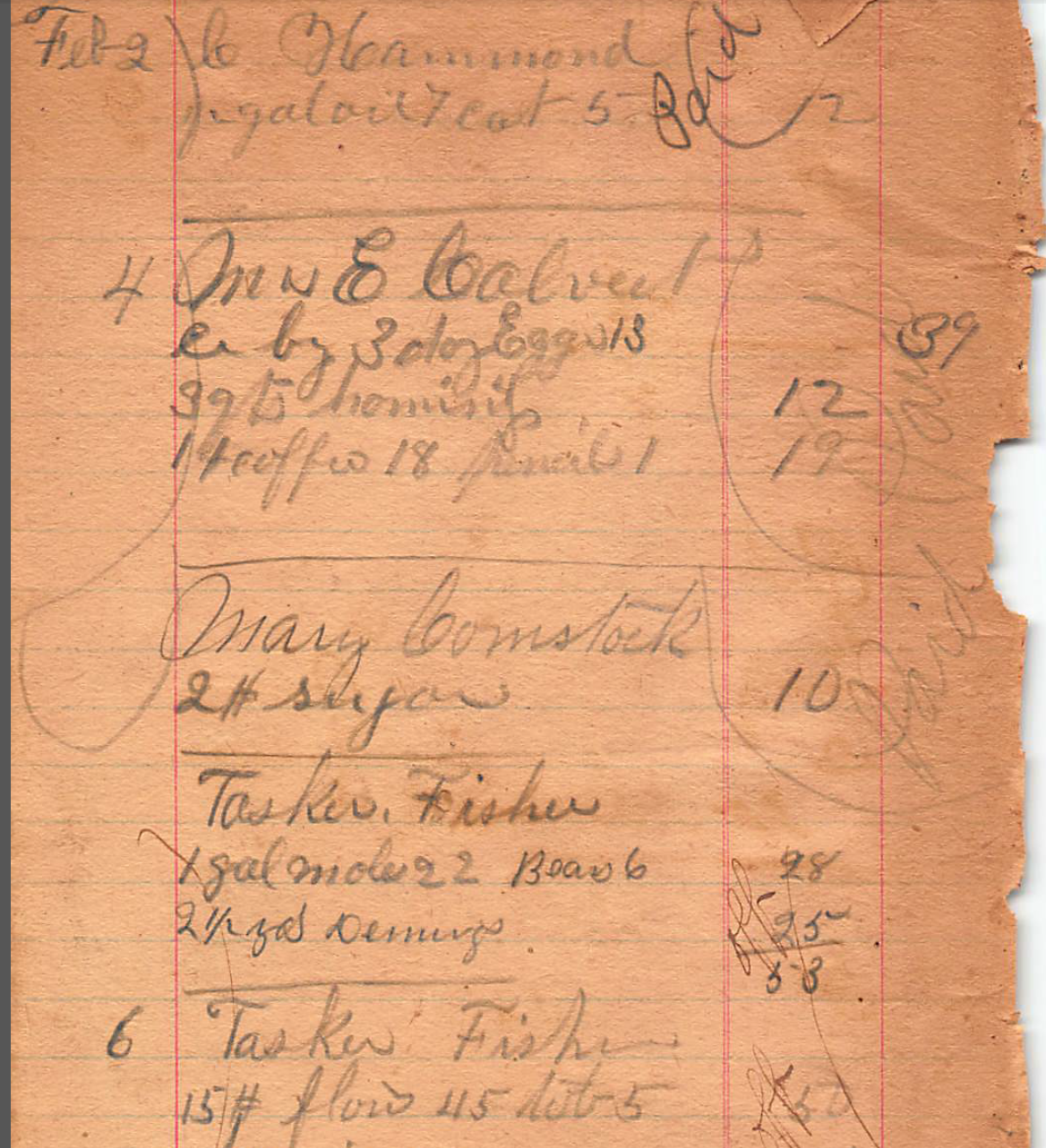 In some cases, one page has several customer names on it, such as the page on the right. If your ancestor lived in Culpeper Virginia in 1896 there's a good chance you will find his or her name in this gem.

I had a quick look for some of these names and found several of them living in Prince William County, Virginia. It seems Mr. Turley was a very bad speller as many seem to be phonetic representations of the person's name.

For example there is a "Page Bumery" buying laundry and gloves on one page. However his real name  is Page Bumbery. We also see "Tasker Fisher" and "Georgiana Fisher" A search of the 1900 census shows a black man Tasker Fisher and his wife Georgia in Prince William County, Virginia.

All pdf file downloads are freely available. I am scanning adding the ledger books I own as quickly as he can, so be sure to keep checking on Ancestors At Rest for updates

52 Ancestors: Great-Grandmother Myrtle Massey Had a Difficult Life and an Early Death


I don't remember my Great Grandmother as she died many years before my birth. She was born Myrtle Louisa Sandercock on October 29th 1895 in Middlesex County Ontario. She was the only girl in a family of seven children born to Samuel and Ann Sandercock.

At some point before her marriage to my Great Grandfather John Massey in 1913 the family had moved to St. Marys Ontario. I do not know how John and Myrtle met each other but John's father Thomas worked for the J.D. Moore company who just happened to own the building right next to the hotel that Myrtle worked in so that may have something to do with it.

At her marriage Myrtle was just 18 years old but her life was not going to be easy over the next few years. Myrtle and John had their first child in May of 1914 and over the next 16 years she would have a total of 9 children. But 1914 would also bring the start of the Great War - a war that would see her two oldest brothers killed and her father sent home due to ill health.  Myrtle was particularly close to her brother James who was killed in 1918. I still have a letter James sent to his sister in 1918 that she kept until her death.

Of course there were the usual struggles for Myrtle and John as well. Money was in short supply as it was for many. John always worked but with 9 kids what he made did not go far. I remember my Grandfather telling me how when he was older and had his first job his mom would resort to taking coins from his stash that he kept in a cup in his room. He shared this room with his 8 brothers. He never said anything to her about it as he knew she needed it.

So the Great War of 1914 - 1918 saw the death of her two oldest brothers. The 1920s were a struggle for her, being pregnant and nursing young children most of the time. The 1930s brought the great depression and then to top it all off 1939 saw the start of another war. A war poor Myrtle had to see her own sons take part in. I am sure she could not help think about her own brothers who died in the first war as she watched her own sons go off to the second.

Myrtle died at the young age of 49 in 1944. My grandmother told me that "Myrtle was doing the washing in the morning. She told her husband Jack that she was not feeling well and went to lie down and never woke up. It was a brain aneurysm"

"Entered into rest suddenly at her late residence, Water St. South, St. Marys on Monday October 2, 1944, Myrtle L. Sandercock, beloved wife of John Massey in her 49th year. The funeral: Resting at the above address where funeral service will be held Thursday October 5 at 2p.m. Interment in St. Marys Cemetery"

Stricken suddenly on Monday morning in the midst of her daily work, Mrs. John Massey, formerly Myrtle Sandercock, died in her 49th year at her home on Water St. South.  She had been in apparent good health and on Sunday had gone on a walk and on Monday she started her washing as usual.  Around 8:30 she was unable to continue and died about two hours later.
Born near Prospect Hill, the daughter of Mr. and Mrs. Sam Sandercock who reside in the West Ward, she had lived in Lucan before coming to St. Marys as a little girl.  Here she attended both Public School and Collegiate Institute, and 30 years ago married John Massey who is employed at Maxwell Ltd.  She was a member of St. James Anglican Church and had been among the first members of St. Marys Home and School Association.  She was a faithful worker for Red Cross objectives.Mrs. Massey was the devoted mother of nine children, four sons being in the Services: Charles, in the Army at Debert, N.S.; Pte. Bill  Massey in France; Pte. Cecil Massey in England; John with the R.C.A.F. at Jarvis; and Kenneth at home;  Mrs. C.J. Langford(Marjorie) and Mrs. G.E. McKinnon(Helen), both of St. Marys; and Dorothy and Evelyn at home.She also leaves four brothers: Jack, in the U.S. Army; Harry, overseas; Wilbert of St. Marys and Frank of Detroit; besides four grandchildren: Tommy and Jimmie(twins) of St. Marys and Billy and  Jimmie of Kingston.The funeral service is being conducted this afternoon at her late residence by Rev. M.H. Farr of St. Paulís Anglican Church, Stratford, with interment in St. Marys Cemetery.
Posted by Brian at 11:44 AM 3 comments: